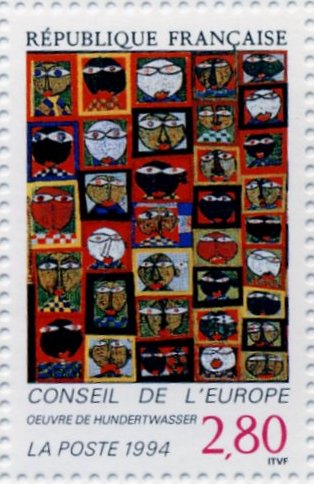 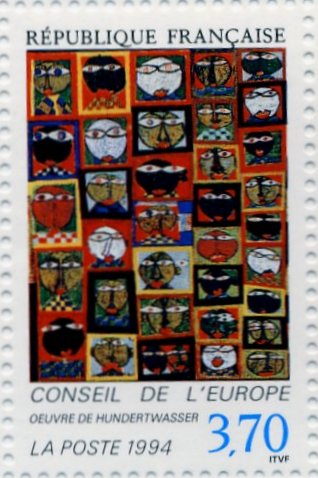 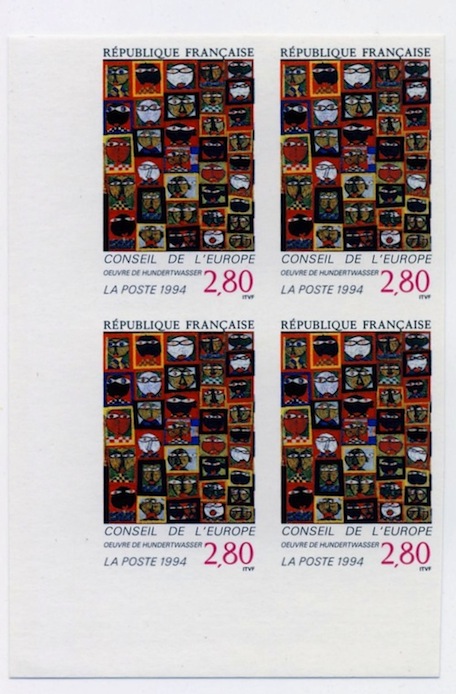 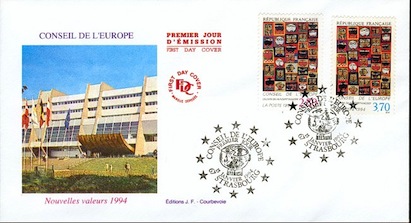 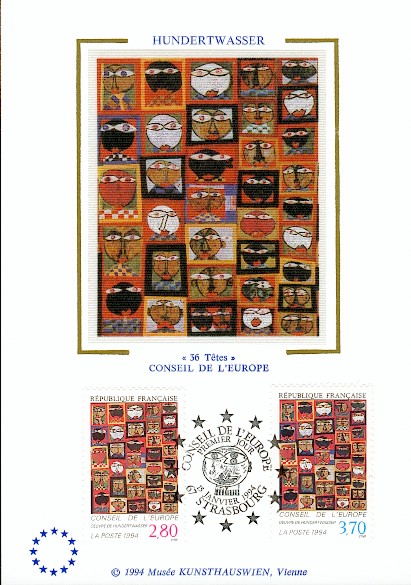 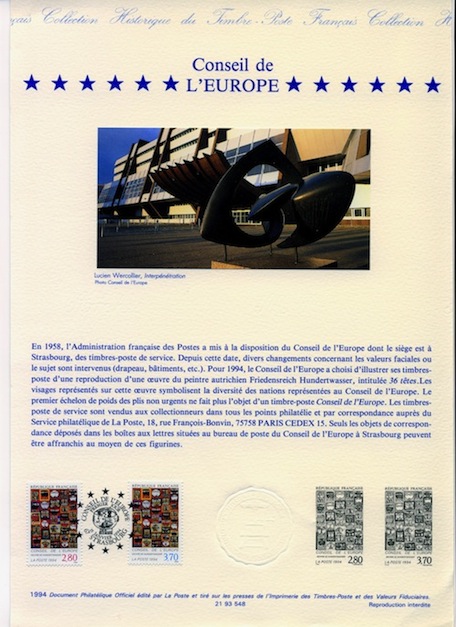 It's hard to know just what France was thinking for this "official use" stamp for their European Council office. Sure, they had access to the image of 36 Heads from the stamps Austria issued a few months earlier, but they simply took a photographic image of the artwork and made a bad stamp. Its image is of poor resolution and color quality. It was either a fast way to produce a stamp that would have some appeal to collectors or they were remarkably lazy. It’s hard to tell and the story of this stamp is undertold. Indeed, Hundertwasser’s catalogue raisonne completely ignores this stamp. It would be nice to get the whole story someday.